> All Blog News> Chumpi Khuyas and jiwayas stones, The Peruvian Andes and the use of magical stones 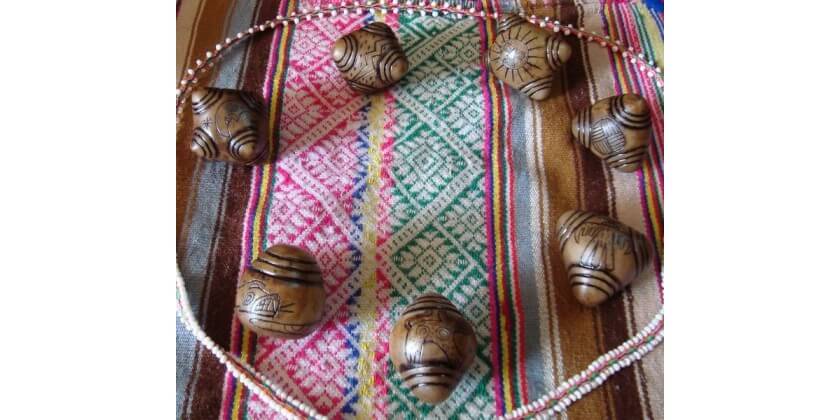 Within Andean folk law (shamanism) it’s common to use different types of stones for health purposes, energy purification and good fortune. The khuyas are stones or objects carrying a special energizing power, intimately linked to the transmission of Munay or unconditional love, which the witchdoctor or (paqo) infuses into the khuya, and gives to his disciples or students.

The Paqo who transmits munay ( unconditional love), and power through the khuya stones, does so intentionally, in the Andean traditions its even said that the stones or objects have a destiny or original purposes that transcends the intermediary, in this case the Paqo, which comes  from the apus (mountains) of Wiracocha or Pachamama (motherearth) herself. This leads us to believe that the  extra role of the Paqo, is of an intermediary, and without him and his support in the offering of the  khuya would not have the final or expected purpose. The work of the Paqo is only complete when he is able to transcend his own energy and love through ceremonies and rituals to mother earth.

The Incas and many pre-Incan cultures who specialized in the use of stone, building cities or monumental work with finely carved stone. Today it is known that every Incan building reflected the perfect equilibrium between the elements of nature, and in their execution they impregnate the natural energy emanating from numerous sacred rituals

The more elaborate khuya stones, are called Chumpi-khuyas (healing stones), which are destined for a specialized type of energy work, they serve as an auxiliary element to restructure the poqpo or (Andean energy ball), which is equivalent to the oriental aura         (halo). The word Chumpi which is a Quechuan word that translates into Spanish as a belt or girdle, the work of the stones is directed with a set of enegy bands according to Andean traditions which envelops or wraps the Andean Narwi or (energy Centre), and so providing support for the poqpo or (energy ball).

It should be added that there are four principal energy balls providing harmony and wellbeing. When these belts are effected by excess energy belts or (Jucha) the system becomes unbalanced and this acts as a natural defense to the quality of the work aquired by the paqo.

The auxiliary stones, help to protect these natural energy belts in, and so providing the necessary energy exchange between Sami and Jucha which are present in human energy ball. These stones are made ​​by Native craftsman and are traditionally grouped into sevens, coinciding with an equal number of ñawis centers. These stones are still hard to come by, so it is pertinent to acquire by requesting them correctly, in advance because they are handmade and require a period of time for their development.

The Andean Reiki work with chumpis stones, this work is done third levels. on the second and On the second level of this role model you learn the art of using chumpis stones, to incorporate them in routine therapeutic practices. On the third level or (The master’s level) In Andean reiki the art of chamanico would come to be amplified and incorporate all the skills acquired during the previous levels of initiation and commitment. The masters degrees specialize in the use of rituals and also to serve as a channel with the power of the Pachamama, the Apus and our great creator Wiracocha.

ENERGY USE OF THE  KHUYAS STONES

The khuyas stones are energy stones used from lineage from Andean chamanes, for the work with the ñawis (chakras) and energy chumpi structure (energy belts), every ñawi and every  chumpi is assigned to its corresponding energy stone, which are distinguished by their shape (for example, the number of sides, two, three or four) or in the  recordings or  drawings that they contain, the total number of khuyas is usually, five, seven or nine.

Before using the stones for any purpose it is necessary to clean them, in the Andean world the stones have identity, vitality and energy, therefore for that same reason they deserve attention until the affection is immaterial. The Khuyas stones in this sense collect life, there are ways to purify them.

For the people familiar with practicing Reiki, the meditation and visualizations are easily managed. There is a form of psychology that you can apply to the stones when you have finished cleaning them, in a state of meditation you hold the stones in both hands and visualize the techniques from before, in a mental and energetic way. This method is only possible if the stones have been previously purified by their owner in a physical way, discard all the force present that they contain.

However, in a flexible, reciprocal Andean worldview it is possible to incorporate any type of significant stones like Khuyas, its pertinent in the Andean ritual of (Pgapu), for the power to obtain the symbolic permission from the Andean cosmos and mother earth.                  In that sense if you cannot get original (Khuya) stones, then you could overcome the impasse with common stones received and charged with (pagapu) or charged by an Andean witchdoctor who knows these ancestral methods.

As you can see the understanding of ancestral Andean knowledge is complex and highly specialized, with 5,000 years of history, it has a language a culture, a worldview and its own thinking system. This ancestral knowledge is preserved by an ancient breed of Andean witchdoctors whom preserve the traditions, and they selectively transmit only to those with an open mind and deserving heart. 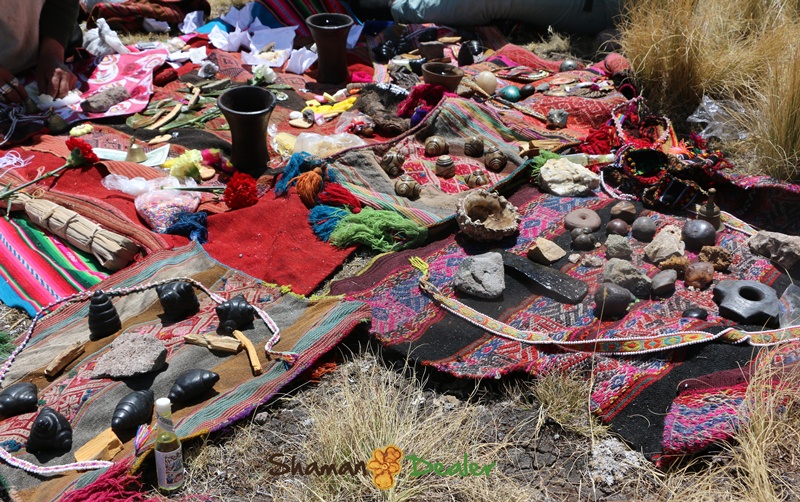 They are best used when installed and are woven into the architecture of the body bright bands of power. The chumpis khuyas working in the energetic points of our body "chakras" the names of our main sacred mountains are: