The Peruvian Shaman and the History of Medicinal Plants 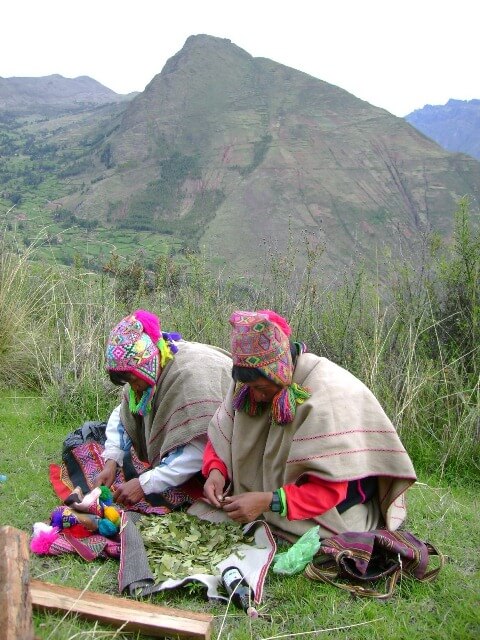 The history of medicinal plants would not be such without the participation of men and women who have utilized the plants in the location or habitat where they live.  The first inhabitants of the Andean Amazon region lived a life of permanent understanding of the benefits offered by the environment for good health and curing of diseases.
The use and understanding obtained through trial and error testing was a way of getting to know and understand the correct use of a significant number of plants.  This knowledge of the herbs gave power to some, which resulted in the social construction of community leaders such as in the case of the shaman, herbalists and naturopathic doctors, major social actors leading the way in the healing and restoration of health inside and outside their communities.

The first information about the Amazon medicinal plants were found in the reports of explorers and chroniclers, like the report we have from Peter Martyr to Pope Leo X, published by Herr Strasbourg in 1534, (an informal copy) that were used by Amazonian Indians as a way of healing the scars of wounds and as an anti-tetanus when applied on the navel of newborns.
Furthermore, Reports of the Jesuit expeditionary like fransisco figuera in the Amazon in 1660-1684, spoke about the ability of the earth and medicinal drugs, and Cristobal de Acuna had the following to say

These areas are uncultivated, natural regions but they have the nature to fight their illnesses, the best and most straightforward pharmacy is discovered here, because here is the biggest basket the most perfect sarsaparilla, and healthy gums and resins. The oil from the Andiroba, a tree that is priceless in the healing of injuries, here the cup, that is also not equal to the best balsam oil, they discovered a thousand genius herbs and trees which all have specific effects, and there was even more to discover.

In the year of 1600, the naturalist and explorer Bernabé Cobo generated the first references about  the indigenous Peruvians giving testimony to the “sangre de grado” the tree was used in the of binding of poultices, like in the cases of wounds and skin ulcers.
In 1740, Father Juan Magnin indicated that indigenous missionaries from the provinces of  (Maynas and Sucumbíos) used various drugs for different cases: leaves, roots, fruit juices urupschi, ayahuasca, corahuana, maviari or flowers of love and others like piripiri that call the fish telling them a thousand omens, and countless other abuses, with dreams and superstitions.

In 1777, Spanish botanists Hipólito Ruiz and José Pavón French physician Joseph Dombey sent an expedition to Peru, who compounded the medicines, they made  remarkabledicoveries, notably in the identificationof different species ofPeruvianflora, on this scientificjourney, they found various speciesof quinoa(Cinchona officinalis) and they exploited the indigenous people. They also discovered coca fields (Erythroxylum coca) and described many plants used medicinally by the natives, like the herb St Martin (Sauvagesia ciliata) for grinding effects from the breast of the achiote(Bixa orellana) . 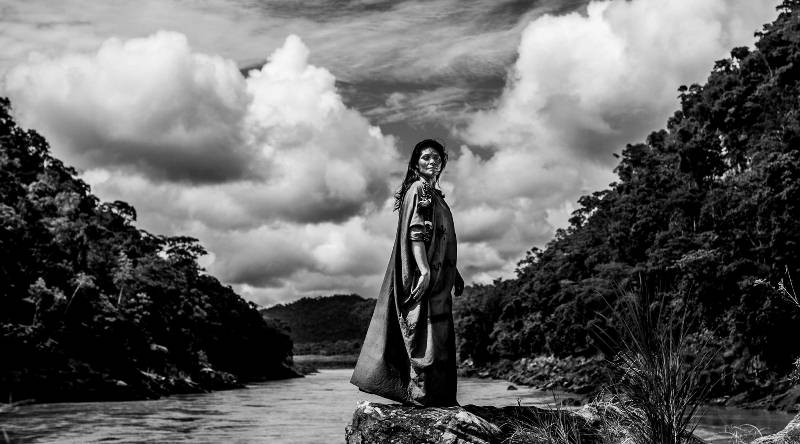 The German scientist Alexander von Humboldt and the Botanist Aimee Bonpland made a trip to South America, on the convergence of the Orinoco and the Amazon basin in 1800, and crossed several rivers in these geographical areas already mentioned. In their botanical work on Equinoctial Plants in (1808) and Nova Genera  Species Plantarum in (1821) accurately describing several medicinal species in the Amazon basin.
The Italian naturalist Antonio Raimondi visited the still undiscovered Nonato region of Loreto in 1859 and 1861. On his travels he described various species that the inhabitants were utilizing  to cure diseases, mentioning among others: ipecacuana, sarsaparilla, quina,  huaco, sanango, cinchona bark, capaibo, matico, ojé, sangre de grado, ginger, ground cherry, lancetilla, suelda consueldo, renaco and guayusa, among the best known .

In parallel to these expeditions, complementary events occurred in favor of the scientific studies of Amazonian species, such as the experience of the scientist
Caventou Pelletier, who in 1821 isolated the chemical compounds of the quinoa tree: quinine and cinconina.
On the other hand, the paste fromPaullinia cupana, known as guaraná, caffeine was isolated by Martius in 1826, who called it guaranine. Also, in 1876  V.Marcano found Ananas comosus, native to the Amazon region pineapple fruit, the proteolytic enzyme bromelain, which has nutritional and medicinal properties.
In 1925, Dr. JF MacBride started collections and tours of the Amazon for his book “Flora of Peru”.

In 1929 came the botanist Llewelyn Williams to study tree species of economic importance within the Peruvian Amazon, whose results were published in the book entitled ”Wons of Northeastern Peru” in (1936) .

In 1948, UNESCO sponsored a scientific expedition to the Huallaga River, directed by Ramón Ferreyra a Peruvian botanist, the results of this research was published in 1950.
There is a long list documenting traditional knowledge used in “scientific discovery” based on reports that scholars recorded from native healers and shamans.

This article is not a measure guide, we only want to spread the traditional knowledge that’s documented in various texts and this does not express a medical explanation or advice, so if you are in doubt please consult with a naturistspecialist.

Mapacho (Nicotiana Rustica) peruvian tobacco from Peru
Chumpi Khuyas and jiwayas stones, The Peruvian Andes and the use of magical stones